NEW YORK, NY— A tiny spark lights up a leaf. The fire starts spreading all over the lands of Down and Under. Its flames lick the plains where a lone Joey has fallen out of her mother’s pouch. Abandoned. Left behind. A circular wall of fire roars around the baby. Thankfully, it makes it under the shelter of a dead log. A couple hours later, new hands reach under the dead log and pull out the Joey. These hands belong to a human who saves animals lives in danger of fires. The Joey has a cut above his right thigh from squeezing under the log. The human pours water over his thigh cleaning the wound. Then they set her in their truck. Inside there are already 5 baby Joeys, 10 koalas, and 2 dingo pups. They each have a wound. The driver will take them all to a shelter and make sure they feel better soon. This is an Australian wildfire. It burns and kills everything in its path touches. 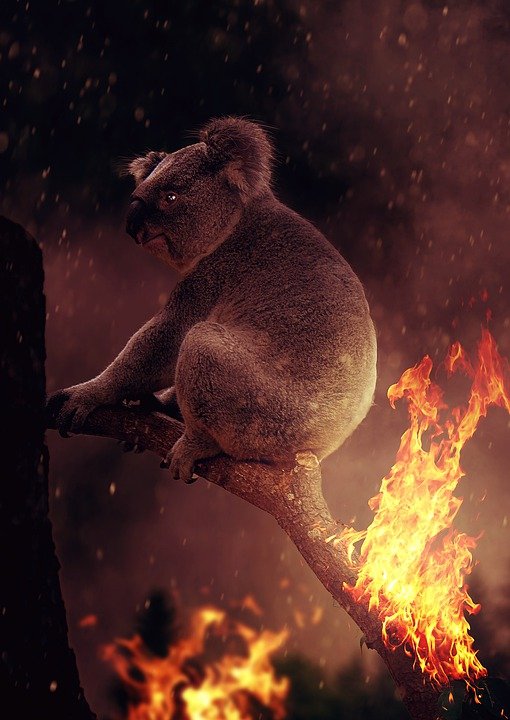 A wildfire can start for many reasons. In fact, most of the reasons are human-made, including most campfires that are not put out properly, a spark from a powerline, or a lit cigarette. There are also many more reasons. According to SciJinks,“If a spark happens in the presence of oxygen and fuel—such as dry grass, brush or trees—a fire can start … The weather can also make fire worse. For example, drought, winds and extreme heat can make a fire bigger, faster and more dangerous.” The bigger the fire the more damage it will do.

Australia is very familiar with wildfires. They come and they go. However, have you heard of a period of time in Australia called Black Summer, a time when an abundance of bushfires took place? Black Summer took place from June 2019 to May 2020. During Black Summer, 2,029 houses were destroyed, according to Science Direct. Climate change has helped these giant fires grow and become more and more deadly by unleashing a hotter environment. Nearly 3 billion animal’s died or were displaced according to WIRES Australian Wildlife Rescue: “143 million mammals, 2.46 billion reptiles, 180 million birds, and 51 million frogs.”

Wildfires leave animals homeless or orphaned. Imagine fire circles the tree you live in. Your mother is now barking orders. Out the hole down the tree and glide away. The fire is blazing by the time you walk up to the mouth of the hole. You’re the last one to exit the tree. Taking a running leap you jump out of the hole spreading the flaps of your skin, gliding down to the ground. Thankfully you have glided over the ring of fire. When running up a different tree with your family you finally notice it. Your home. Gone. Burned to the ground. No place to live. No place to teach your children how to glide from tree to tree. No place to be a flying squirrel any longer. 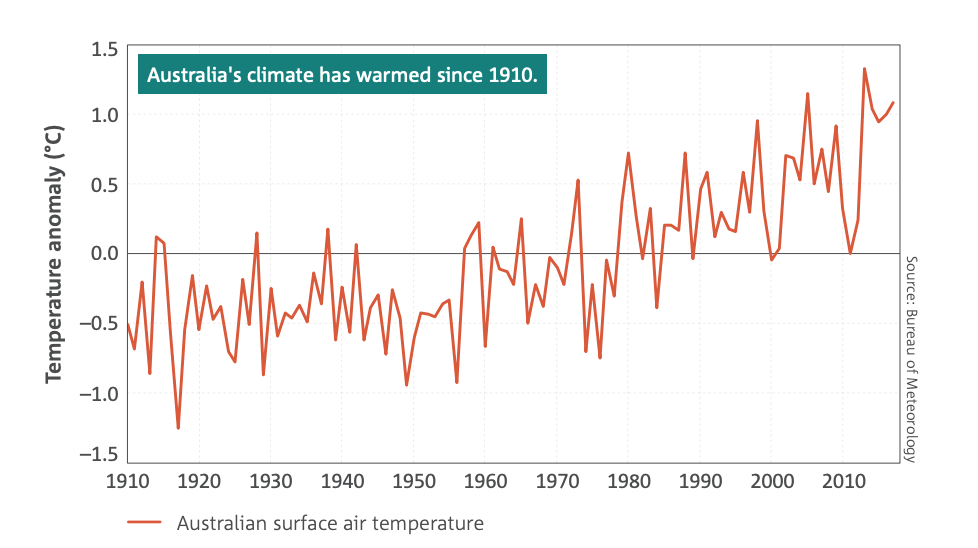 The fires that spread across Australia come in different sizes, shapes or forms, each one deadly if it can manage to spread. The fires leave animals wounded, make them orphans, or destroy their habitat. According to PBS, “While the numbers are not yet determined, it is estimated that millions of species – even undocumented or uncounted species – died in the devastating wildfires.” This graph from Lawfare shows how the temperature in Australia has gone up and how that has affected the wildfires.

When Ana Ellis, who grew up in Australia, was interviewed she said, “It was heartbreaking to watch the news reports from New York about the devastating bushfires. There was so much destruction.”  Ana also said, “Koalas, obviously move very slowly, usually spend most of their time in the trees , they suffered unimaginable injuries, trauma, smoke inhalation, heat stress, dehydration, and death. Devastating!” One interesting fact that Ana said was, “Celeste Barber, a well- known Aussie comedian, raised $51.3m in January 2020, which goes to the Rural Fire Service Fund. Amazing!”

Even though wildfires can be deadly it’s always good if you can learn more about them. If you live in a place with a lot of wildfires, it’s good to learn how to evacuate your house if it’s on fire. If your house is on fire, then make sure to use the stairs only. NEVER use elevators. Also make sure to stay low to the ground. If you have a shirt on (hopefully you do, otherwise the fire can harm you faster), pull it up around your mouth and nose so that you aren’t smelling smoke.  Believe it or not, when there’s a fire, most people die from inhaling smoke, not from the treacherous flames! These fires hurt many animals and humans badly.

The Rocky Road to Recovery by Aparna Viswanathan, Age 14