NEW YORK, NY— Do you like curling up with a good book sometimes? Or watching a good movie? Below are some good books and movies to help you escape quarantine. Some of these books are comedies and some of them aren’t, but they all are page turners. The movies are great, and they all have action. Each of these reviews include what age group these books are (for you parents), what genre they are, and the highlight to the book or movie. Let’s not forget the last part! Drum roll please… the review! 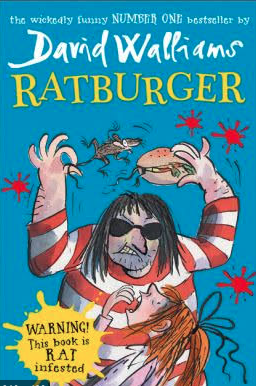 I recommend this book for ages 9 and up. It is a fiction book with some very funny scenes. Zoe lives with her father and stepmother on the 37th floor of her flat. Zoe’s father has lost his job and is now taking in money from the government. It’s barely enough to support the family, let alone let Sheila, Zoe’s stepmother who eats prawn crisps. Sheila hates Zoe and Zoe hates Sheila. When Zoe’s pet hamster dies, she instantly finds another pet, a rat, Artimage. A breakdancing master. Disaster strikes when Burt the burger guy steals Artimage. Now Zoe needs to find him and save him before he becomes… well, it’s in the title. I like this book because it has an abundance of adventure. One of the characters called Raj is super funny, and he literally makes no sense. In the sneak peek below, Raj is talking to Zoe:

“Zoe looked surprised. “A pet tadpole?” she had never heard of anyone having one as a pet.

“Yes I called him Poppadom. One night I left him swimming around in his little fish bowl,and when I woke up in the morning there was this naughty frog there. He must have eaten Poppadom!”

I also like this book because some of it is about hard times. Zoe’s dad loses his job and marries what Zoe calls an evil stepmother, who makes Zoe’s life impossible! It is very interesting to see how Zoe reacts to a rude and selfish person. This book is probably one of my favorite books that I’ve ever read. There is never a dull moment in this book except when the book ends.

Here are some other books by David Williams: The Boy in the Dress, The World’s Worst Children (#1 and 2), Demon Dentist, Gangsta Granny, The Midnight Gang, Billionaire Boy, Grandpa’s Great Escape, and many more books! (This is not a title he actually has many more books).

Ratburger is also a movie. Here is the trailer for it.

I recommend this book for ages 9 and up. This book is adventure, and it has beautiful vocabulary. Swift lives in the mountains with his pack. He is the fastest and the swiftest out of his littermates. He is just learning how to belong when a rival pack shows up. The next day they attack and Swift and his packmates are forced to scatter. Swift is left alone in the wild looking for a new home. Swift journeys through mountains and valleys in search of a new home. He encounters dangerous fires and men with lightning sticks (guns). He witnesses pack mates dying and may never find home. I liked this book because it was about a wolf, my favorite animal. It was very interesting to read a book based on a real story of a Wolf who journeyed more than 1000 miles. In the back of A Wolf Called Wander the book there is a map because this story was based on a real wolf (OR-7). OR-7, also known as Journey, was a black wolf who left his home when he was 2 years old. He traveled over 1000 miles from Oregon to California. OR-7 ended his journey in the Siskiyou National Forest region of the Cascade Range. There he found a mate and they had pups. They are now called The Rogue Pack. 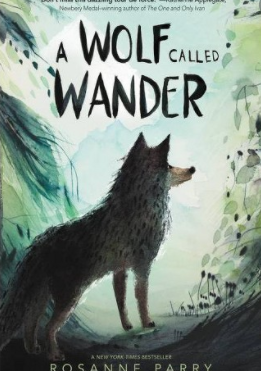 I liked the vivid description in the book and the fact that the author really got into detail. It felt like I was right there. During different moments it was like I could feel everything Swift was feeling and see everything Swift was seeing. When the author made something good happen, I was happy for Swift, but then when she made something bad happen, I felt bad for him. Also, A Wolf Called Wander is very realistic. There is not a lot of dialogue. There are also no human main characters, and the wolves act like wolves would in real life. Rebecca, the children’s librarian at Jefferson Market Library says, “I thought the writing was very beautiful and descriptive. I thought that straight away. I also thought the artwork was very beautiful.” When asked what her favorite character was she said, “I think Wander because you love him the most and you go on a journey with him. He also is the main character.” Rebecca sums up A Wolf Called Wander in 3 words, “emotional, suspensive, and hopeful.”

Sneak peek from the book A Wolf Called Wander

“I howl to the new wolf. I put all my strength and all my hopes into the howl. The echo of it rings from the mountaintops”

1# Speed: Even though wolves can run up to 40 miles per hour, their real strength is distance running. They can cover 30 to 60 miles per day. However when they need to get somewhere fast they can cover 100 miles in one whole day!

2# Hearing: Wolves can hear one another from up to 10 miles away!

3# Smell: Wolves can smell prey from up to 2 miles away. Wolves have scent markers in their paws, so one wolf can follow another!

4# Teeth: Wolves have a whopping 42 teeth. That’s 10 more than us! Their bite is stronger than a grizzly bear’s, a lion’s, or a tiger’s! Wolves eat fast, gulping down 20 pounds of meat in just a few minutes. That meat is equivalent to 100 hamburgers.

5# Size: Wolves can be four and a half to six and a half feet from nose to tail. They weigh 70 to 115 pounds. Males are larger than females. However, if you want to see a giant wolf, go to the arctic. The largest wolves live there!

By James Patterson and Chris Grabenstein

I recommend this book to ages 8 and up. This book is action packed and, in some scenes, very funny. Twins Bick and Beck and their brother and sister, Tommy and Storm, have lost their parents for unknown reasons. Together they set out on a journey to find them and recover a priceless treasure that might help them along the way. They have to do this without getting eaten by sharks, killed by another treasure hunter that wants to find the treasure first and give it to the mysterious pirate king, and figure out how to do the treasure hunt without their parents because they always followed their parents’ lead. There are 6 books in total right now belonging to this series. I like this book because it is very funny. Throughout the story there are very vivid pictures that show you what each kid is doing or what is happening. One time I started to laugh from reading this book is when Bick, one of the main characters, is running for his life in a Nike store. A Nike staff yells at him and says “Hey, no running!” Bick responds, “Sorry we couldn’t find any walking shoes.” This part is one of the funniest parts I think out of all the six books. I also like this book because it is very action-packed. Every chapter, there is at least one action scene either when Bick and Beck go into a tirade at each other or, when bad guys cause mischief or steal something. 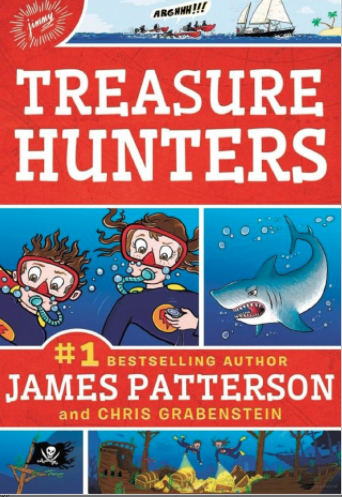 “Collier pulled the wet cigar stub out of his mouth. His face and hands were trembling with rage. ‘Didn’t I tell you four that the next time we met you would all end up dead’

Other books by this author are: Middle School: The Worst Years of My Life, Dog Diaries, Public School Superhero, Not So Normal Norbert, House of Robots, and many more books (This is not a title he actually has many more books!)

The War With Grandpa

I recommend this movie for ages 6 and up. It is a comedy. Peter and his grandpa used to be very close however when Grandpa Jack moves into Peter’s house and takes his most prized possession (his room), it’s war. Peter will stop at nothing to get his beloved room back. However, Grandpa Jack doesn’t give up. This movie is filled to the brim with humor and laughter. The many pranks and fails in this movie are what make it special. Here is the trailer to The War With Grandpa. 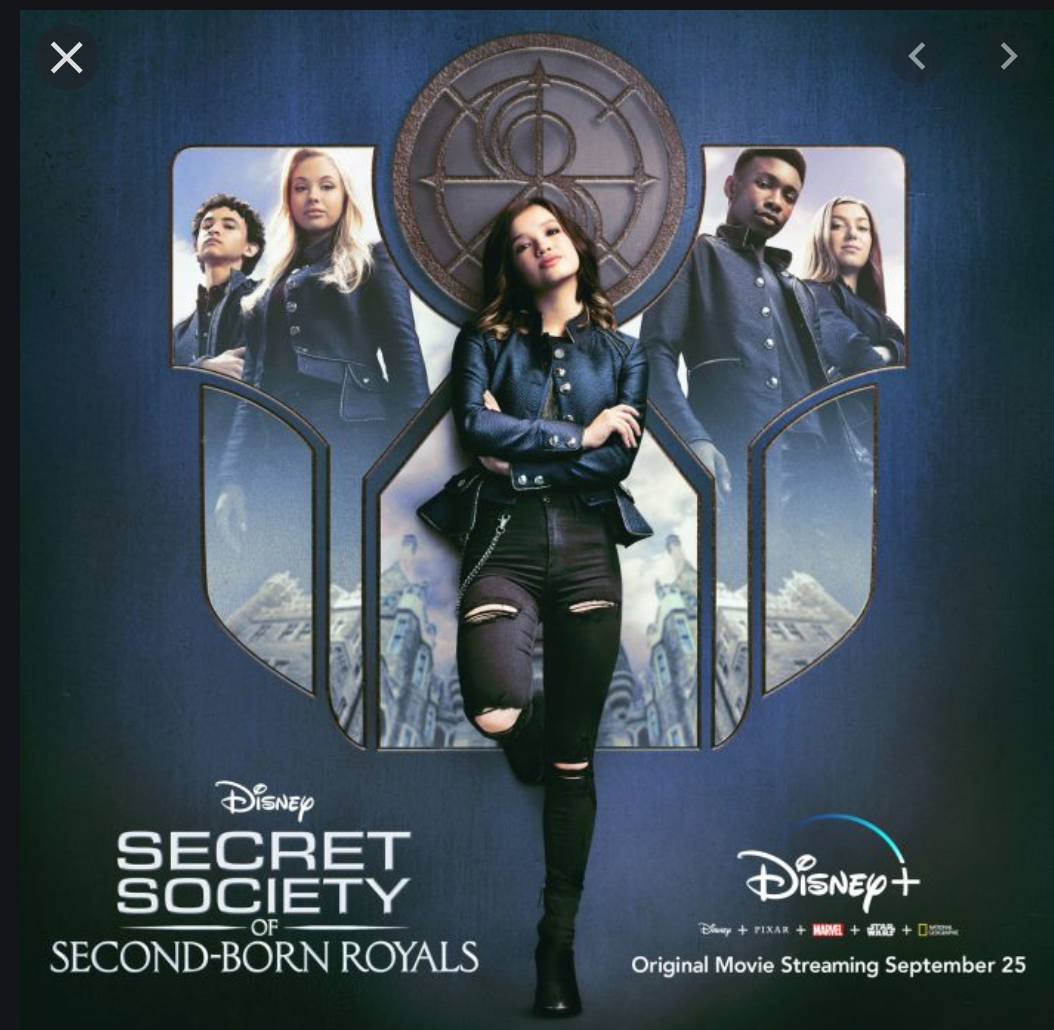 I recommend this book for ages 8 and up. This movie is an adventure/fiction. Sam doesn’t like princess life. All she likes to do is rebel against her duties as a second born and play guitar. After an incident, Sam gets sent to a summer school with a couple other kids. Together they are shocked to find out they have powers and will be part of the secret society of second born royals. Second born by day superhero by night? Sounds pretty swell. However a mysterious figure from the past appears and tries to kill everybody who likes having the monarchy. Sam and her friends have to stop him before it’s too late. I liked this movie because it had a lot of adventure and twists to it. It also has a lot of action in it. For example, the kids who have superpowers have to save the world so there’s a lot of combat fighting. I also like it because even though there is a lot of “save the world” theme in some parts, the Secret Society Of Second Born Royals is very interesting and funny. Here is the trailer to the Secret Society Of Second Born Royals 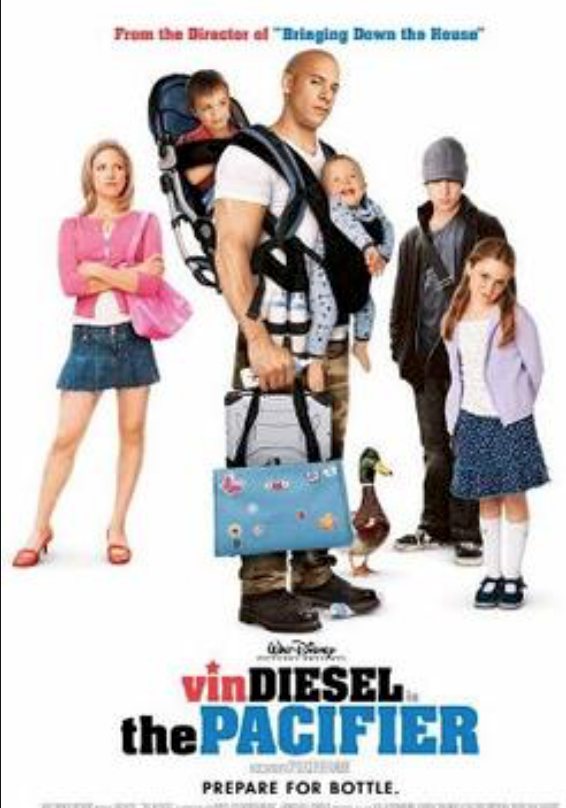 I would recommend this movie for ages 7 and up. It is full of action and is sprinkled with funny scenes. Navy SEAL Shane Wolfe. He is the best of them. He gives the orders, but even the best have their limits. When he fails to keep scientist Dr. Howard Plummer safe from muder, Shane Wolfe is sent to protect Dr. Plummer’s kids. Something inside the house is dangerous. They call it the GHOST. Shane Wolfe is sent in search of Dr. Plummer’s secret project. However, Shane is also sent to babysit. That’s hard. All the kids think he and his rules are stupid. But what happens when you have a traitor from inside? Not everybody can be ready. Can Wolfe and the kids survive, find the GHOST, and take out the traitor before it’s too late? I like this movie because it was super funny. For example, Shane is really tough and he turns into a baby when he gets bitten by the family Duck. In addition, I also like this movie because it was full of action. Here is the trailer for the Pacifier.

I hope you all enjoyed the books and movies I reported on. If you already haven’t watched these movies make sure to watch them now! They can be found on Amazon Prime or Disney Plus. If you haven’t read the books make sure to check them out now! They are very special!

Traveling During a Pandemic?! Tips for a Safe Vacation By Skye Hoffman, 11

MARCH INTO THE PAST, MARCH FOR THE FUTURE by Leora Gallai, 13